Waterfall Tumpak Sewu, also known as Coban Sewu, is a 120 meter high waterfall located on the border of Lumajang Regency and Malang Regency, East Java Province. Waterfall Tumpak Sewu is the most beautiful waterfall in Java and Indonesia. Tumpak Sewu Waterfall has a unique formation because it has a wide flow of water like a curtain so that it is included in the type of Tiered waterfall. Waterfall Location Sewu Tumpak is in a steep valley extending to an elevation of 500 meters above sea level. Waterfall Sewu Tumpak is formed in the Glidih River flow that originates on Mount Semeru. 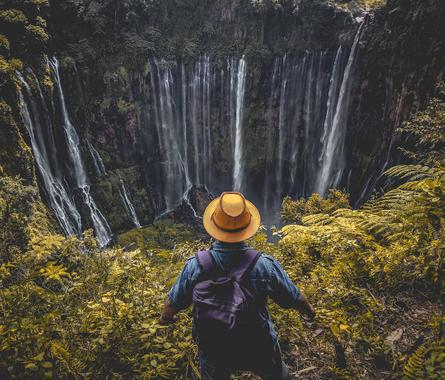 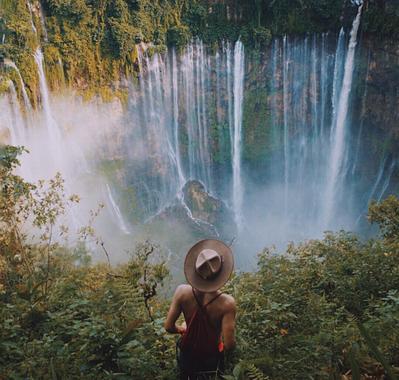 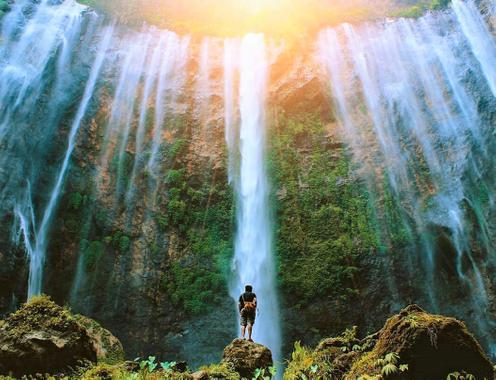 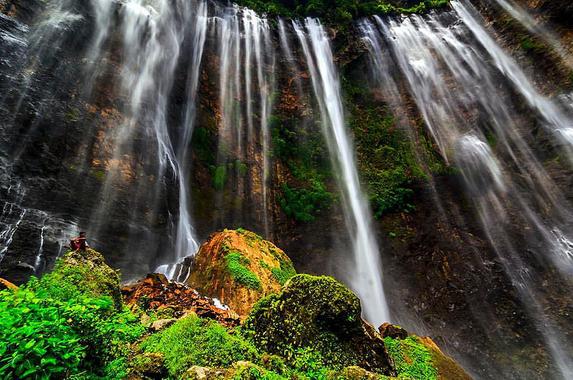 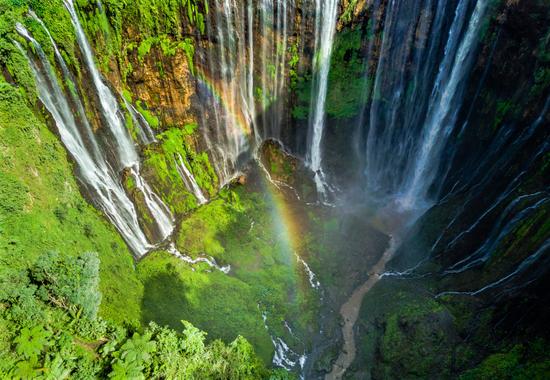