Located in the sea some 300 meters from shore, the huge rock of Tanah Lot is reachable overland at low tide. On its northern side stand two Balinese temples built on an overhanging cliff which connects the islet to the shore. Underneath the rock are caves that are inhabited by sea snakes, believed to be the guardians of the temples.

The onshore site is also dotted with visitors’ leisure facilities that comprise restaurants, shops and a cultural park presenting regular dance performances. The temple is located in the Beraban village of the Tabanan regency, an approximate 20km northwest of Kuta, and is included on most tours to Bali’s western and central regions. 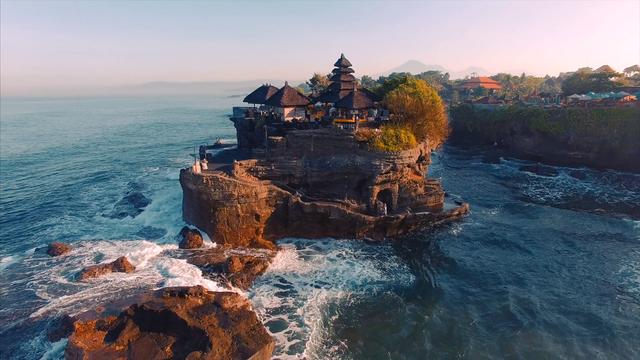 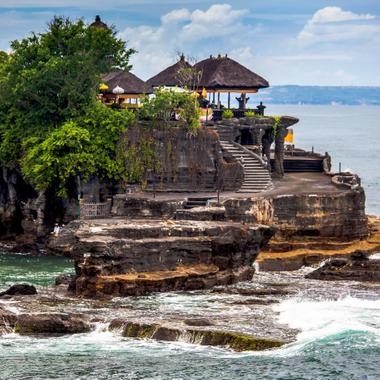 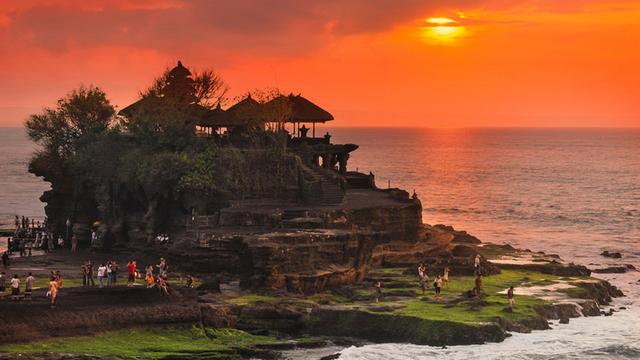 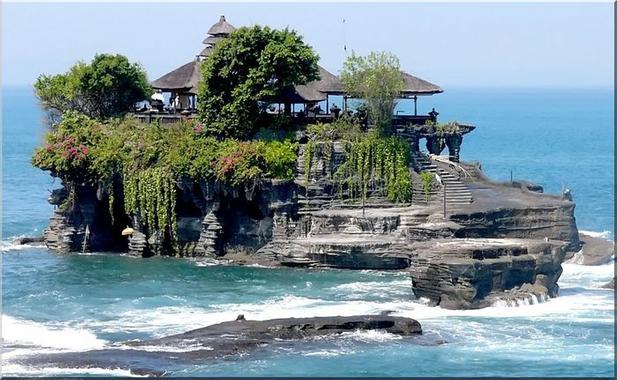